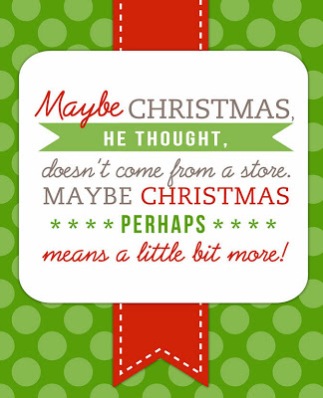 The sea eagle dipped gracefully over the ocean and tilted its wings toward the golden sand to glide along the surf line. The water sparkled with the midday sun as the eagle banked along the shore and reflected tiny stars of light. Stars that caught on the underbelly of the fish grasped tightly in sharp eagle claws. It was a deliciously fat, round fish with a chubby belly of scales. The weight of the fish pulled the eagle down further. A trail was drawn across the smooth surface of the ocean as the water tickled the underbelly of the fish. Yet with the merest beat of strong wings the eagle lifted just enough to soar onwards. Just enough to catch the wind, to continue effortlessly above the turquoise waters and pass the bathers turning various shades of pink under the sun’s rays. The wind ruffled the sleek white feathers of the eagle underbelly as it passed by and exposed taught muscles, the perfection of nature and her aerodynamics.

The eagle came to rest at the far end of the bay on an outcrop of sharp black rock that stood out against a hot cloudless sky. The rock held fast amongst the underwater gardens of the coral reef nestled around it and provided a perfect dinner table. It was no more than a five minute swim from the shore yet the eagle sat unnoticed and undisturbed atop her perch. The fat fish became nothing more than scale and flimsy bone over the next hour as the eagle picked at it lazily. Nobody noticed. Not a single person on the beach saw the eagle and her prey glide by. Not a single person had looked up to that rock and witnessed the eagle’s presence with excitement in their eyes.

The bathers continued to lie, to loll on coarse sand and turn like sausages on a grill. They picked up tiny flecks of sand as they moved; round beads of sweat gathering on brows and meandering into crooked elbows that held books against the sun. They morphed into shades of pink, caramel and deep brown as the day wandered onwards. Human chameleons, colour charts of skin and sun exposure from around the world. Too preoccupied to glance seaward and notice an eagle and her fat fish pass them by.

As I watched that story unfold at the beach this week it really struck me that nobody else noticed, or reacted to, the presence of the eagle. I had to sit on my hands and bury them deep into the sand to stop myself from running after it in my excitement and awe. As I sat upon my frayed yellow beach towel, fingers curled tight into the sand, I realised how easy it is for small, precious moments to pass us by. We are all so engrossed in our own worlds, our own worries and dreams, ambitions and expectations that we forget to really look sometimes. If we took a moment to stop and observe the world around us perhaps we would experience that much more. Build a mountain of small moments that become the memories of a lifetime.

As Christmas approaches, people across the globe become even more consumed and frantic than usual. We barely stop to look around us and appreciate small moments before they pass us by like that eagle. We spend money we don’t have on lavish presents, we rush around searching for the last bag of sprouts and wonder what on earth can be made with the tins of chestnut puree that suddenly appear in supermarkets everywhere. We consume strange drinks named Eggnog, Snowballs and Advocat yet nobody knows what they are. Pigs in Blankets are recognised as an actual foodstuff and men, in their time honoured tradition, buy their Christmas presents at the last possible moment on Christmas Eve. With military precision we plan how to visit every single family member across the country in one day…as if the world were going to end in the morning. Foot to the gas pedal and high on the sugar from a mountain of flaky mince pies we drive on exhausted into the night. We listen to carols sung under star-filled skies, the Queen has a chat on the television about stuff and the adverts promise us joy, happiness, sales, Christmas music, more reasons to shop and a lavish sprinkling of Christmas cheer. And then we get up on Boxing Day and do it all again. People queue from 4am for the Christmas sales before the festive season has even come to a close and buy sofas they don’t need.

It is a frantic time quite unlike any other and I can imagine that watching it as a newcomer to Planet Earth would be absolutely hilarious yet slightly unnerving. Humans high on too many Quality Street, running around in paper hats and wielding explosive crackers that contain pointless toys. Make of it what you will extra-terrestrials. We love it.

I absolutely adore Christmas and I wouldn’t change the joy, laughter, Lindt chocolate santas peeking out of woolly Christmas stockings and strangely named drinks containing eggs and nog for anything. But perhaps I would change one thing. I would ask people to step back for a moment from the consumerism, from the frenetic rush to Christmas Day and look around. Take a moment to appreciate the small and seemingly insignificant. Give someone less fortune than you, someone that finds Christmas difficult, a big warm hug and a reason to smile. Forget the money and excessive shopping, stop trying to please everyone all at once and notice what truly brings you joy. Can you remember how it felt to wake up on Christmas Day as a child and, before you opened your eyes, you wondered if it had snowed overnight? Do you remember that feeling of excitement in the pit of your stomach at something so simple? Go and find moments with your loved ones that bring back that feeling and cherish them. For they mean so much more than the presents.

What have people been saying lately about Bourbontea?

A Diverse World
who ate your bowl of sunshine

the ramblings of a wife, mommy, foodie, runner and follower of Christ.

Inspired by the Kids in my Life

Thought Catalog is a digital youth culture magazine dedicated to your stories and ideas.

A Word in Your Ear

Stories and Photographs of my travels, Tales of friends, family, animals and my life